The Mayor of the City of Los Angeles, and …
a Few Friends From the Golden Age of Television

“Many people have asked me to share some photos from my 45 years in the entertainment field as a professional stage and television magician. Because the popularity of The Mega Genius® Lectures has rapidly increased worldwide, I’ve sorted through some personal photos taken years ago and agreed to post a few, just for fun.

"Photos taken so long ago probably should never see the light of day; and, until now, they haven’t. They are for your enjoyment, and as a tribute to a few friends — each with a specialized "genius IQ" in a specific aspect of his or her life — who shared the spotlight with me years ago … friends whom anyone would be fortunate to have known.” 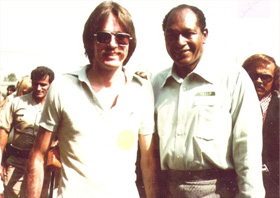 Tom Bradley served five terms as Mayor of the City of Los Angeles, California, the longest tenure by any mayor in the city’s history.

Mayor Bradley insisted that the 1984 Summer Olympics would make money for the city, but many observers and seasoned politicians were certain that he was wrong. Nevertheless, the games that Tom Bradley brought to Los Angeles resulted in a profit of well over $200 million. Accordingly, the Tom Bradley International Terminal, which handles more than 10 million passengers per year at Los Angeles International Airport, was named in his honor. 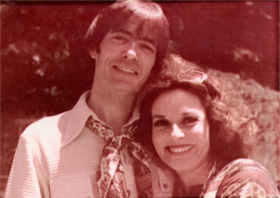 Lee Meriwether, first crowned “Miss San Francisco” and “Miss California,” was later proclaimed by LIFE to be one of the all-time “Hottest Miss Americas.”

Having studied acting under Lee Strasburg, she became an accomplished actress in motion pictures and live theater, and has appeared in more than 100 different television shows, including Star Trek; Mission: Impossible; The F.B.I.; and Dr. Kildare, and All My Children. Lee played “Catwoman” in the 1966 film Batman and starred later in the long-running television crime drama Barnaby Jones, for which she was nominated for both the Golden Globe and The Emmy. 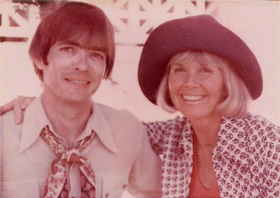 In 1989, Doris received the Golden Globe’s Cecil B. DeMille Award for lifetime achievement; in 2004, the Presidential Medal of Freedom; and in 2008, a Grammy for Lifetime Achievement in Music.

Doris Day has a star on the Hollywood Walk of Fame.