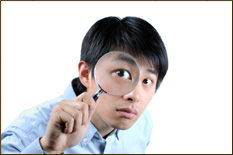 All About IQ Test Scores, Genius IQ, and the Highest IQ Possible …

What is the meaning of IQ? IQ is an indication that the intelligence of the person who was tested was extremely deficient, or particularly lacking, or noticeably impaired. Or, he or she may have an average IQ score, denoting average intelligence. Or, the subject may have been found to be intellectually gifted, or a genius, or, perhaps — even a mega genius.

What is genius IQ? Genius IQ is a number that represents the intelligence of a person endowed with transcendent mental superiority. It is generally considered that an IQ of 120 is required for one to become a physician or attorney; and, 130 is considered gifted. Genius IQ is usually considered to be higher than 140.

What is the highest IQ possible? Remember, IQ is not intelligence, but merely an attempt to measure intelligence.

The highest IQ possible depends upon what scale was used to measure the person’s intelligence. The highest IQ possible on one IQ test might be 145 and the highest IQ possible on another test might be 180. Yet, if one received a score of 145 on the first test, it might actually reflect a higher level of intelligence than a score of 180 on the second test. You see, a temperature of 31 degrees could be either freezing or hot, depending upon whether the scale being used was Fahrenheit or Celsius. Consequently, a high-IQ score means nothing, unless one knows what IQ test was used and understands its scale. Since people usually don't, in 1990 the Guinness Book of World Records eliminated its category of “Highest IQ.”

If you realize that many people who claim to have some of the highest IQ test scores are pretending to be more intelligent than they really are, then you understand IQ test scores.

To know the truth, one must find the truth. It is available for the asking in The Mega Genius® Lectures, in which Mega Genius® has explained every major aspect of humanity’s existence — all from beyond the highest IQ possible.

If anyone else could have, they would have.

There you have “About IQ Test Scores, Genius IQ, and the Highest IQ Possible … in just 500 words." For an in-depth understanding of intelligence and how to increase it, listen to “The Genius Formula™ Series” of The Mega Genius® Lectures, available here as downloadable MP3 files.

“I am an immodest person, who has much to be modest about,” confesses Jim Diamond. But there is more worth knowing about him.

“The Wechsler Adult Intelligence Scale” is renowned as the world’s most accurate and valid intelligence test of the twenty-first century for determining IQ test scores. It is a grueling and prolonged face-to-face mental examination of the subject by an eminently trained psychometrist, who judges the answers for accuracy, conciseness and completeness, while timing responses with a stopwatch.

Jim Diamond, known as Mega Genius®, “the man with the perfect IQ,” put his cognitive abilities to the supreme test, when he permitted his level of intellectual functioning to be officially evaluated, by means of the Wechsler IQ test, by Robert M. Brook, Ph.D., Clinical Psychologist, Diplomate, Neuropsychology, at the Assessment & Psychological Consultation Center, in Santa Monica, California.

As documented by Dr. Brook, “The evaluation session extended for two hours of face-to-face contact and no rest breaks were taken.” Mega Genius® did not need them. According to Dr. Brook, Mega Genius’® overall level of intellectual performance is, at least “…in the higher range of ‘Very Superior’ functioning [the highest category of intelligence],” impacting the uppermost limit of that scale. In brief, his intelligence level “collides” with the top of the IQ scale and continues to “some unknown and immeasurable point.”

Mega Genius® has enjoyed memberships in all those high-IQ societies, and in many others with members of genius IQ and above, and was awarded honorary memberships in such high-IQ organizations as Ingenium High IQ Society, UNIQ Society, LOGIQ Society, and Coeus Society. Nevertheless, Mega Genius® is the only person who resigned from every major high-IQ society in the world because none maintained his interest intellectually.

Mega Genius® marches to a tempo of his own composition. He has, however, recently chosen to rejoin the Triple Nine Society, and is an honorary member of Hall of The Ancients, which requires an IQ of at least 160, in the 99.99 percentile.

Mega Genius’® qualifications, however, have risen far beyond his immeasurably high intelligence and honorary high-IQ memberships. Today his credentials rest solidly upon the wholehearted acclaim from countless listeners, in more than 120 countries, for his discovery of “The Genius Formula™”, and for all The Mega Genius® Lectures, and upon the worldwide news coverage of his evolutionary recordings.

A fascinating characteristic of intelligence is that the lower a person’s IQ, the more he disagrees with others, regardless of their intellect. Conversely, the higher a person’s IQ, the more he permits others to believe as they choose, and agrees with those whose intellects approximate his own. Accordingly, geniuses tend to see things similarly and the highest-caliber geniuses view things essentially identically.

And then there is Mega Genius®, who sees our universe in a manner unique to himself, from above genius IQ, and from above the highest IQ possible that is measurable, and even from  — far beyond the top of the IQ scale.

Have you seen "The Three Answers" that will change your life?